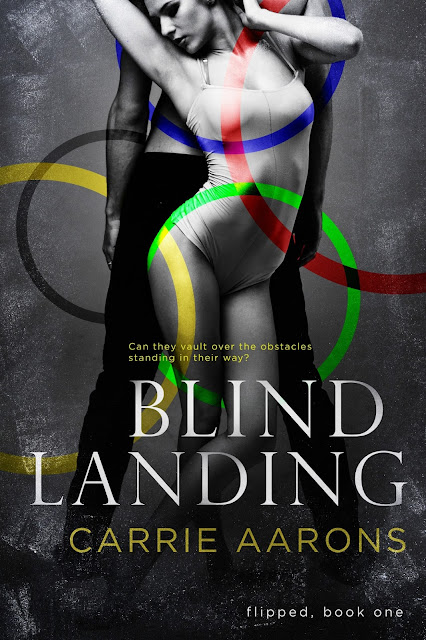 Title: Blind Landing
Series: Flipped #1
Author: Carrie Aarons
Genre: Sports Romance
Release Date: August 4, 2016
Blurb
Fear stops dreams in their tracks before they even have a chance. Then again, so do injuries.

Natalia Grekov was born to win Olympic gold. As the USA’s top gymnast, she’s calm, confident and ready to make her country proud in just two short months. And her elite athlete lifestyle includes no time for distractions—especially men. When a disastrous fall in practice puts her dreams at risk, it seems the only person who can help her is the one person she wants nothing from.

Spencer Russell is gymnastics’ bad boy. A cocky, laid-back charmer with abs of steel and a witty mouth, he waltzes around the U.S. Gymnastics Training Camp like he owns the place—even though he doesn’t anymore. After an injury sidelined his career and any chance at Olympic glory, he’s now just a coach, helping other gymnasts reach their goals. Serious is not a word in Spencer’s vocabulary. But when Natalia tumbles into his life, he’s suddenly sincerely interested in helping the blonde beauty in any way he can.

Can they vault over the obstacles standing in their way? Or will Spencer be the distraction that causes Natalia’s chance at gold to crash and burn? 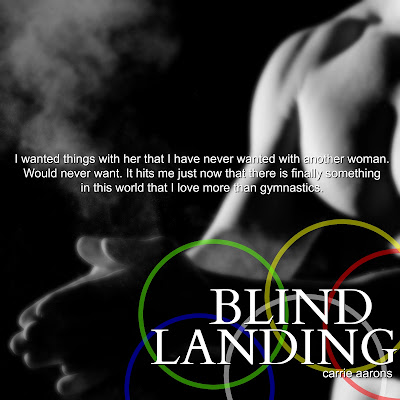 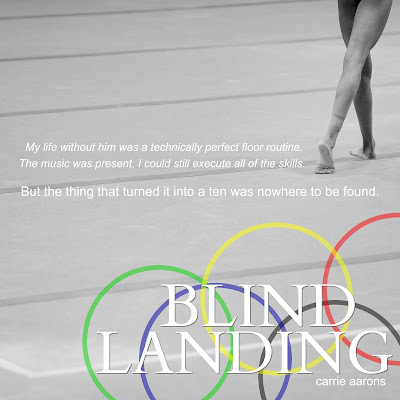 Novak claps again and I look over in his direction. “Thank you for being able to join us this morning, Spencer.” Turning towards the gym’s front doors, I watch Spence, as he told me to call him last night, stroll in clad in his typical wardrobe of sandals and workout shorts.And nothing else. Jesus, he’s sexy. With all of those carved-out-of-stone muscles and short brown buzz cut, it’s like he should be in a Marines uniform instead of in a chalk-covered gym. He looks like he just rolled out of bed three seconds ago, and I squirm in my split. Which only adds to my building frustration as the carpet and my leotard create friction below my waistline.

“Oh, no problem, boss. Anything for you guys.” He gives a lopsided grin and jumps onto a stack of mats, lounging with one elbow propping him up. It’s as if he’s constantly posing for a non-existent camera, like he’s the star model for a shoot in Gymnastics Monthly.

Actually, I think he did have a five-page spread a couple years back and I have it somewhere in my desk at home.

My stomach flips. Bars is my best event, I’m not nervous about that. I could do my routine, which is one of the hardest of anyone at Filipek’s, in my sleep.

But having Spence watching me with those green eyes? Tracking my body as it spins and flies through the air? It makes the butterflies in my stomach explode.

I know he likes me, genuinely likes me. I know because he told me. And I
genuinely like him too. We also find each other hot, or else we wouldn’t have gotten naked together in the Atlantic Ocean last night. That’s obvious.

But I don’t do boyfriends. Especially not boyfriends who are gymnasts. And don’t even get me started on the gymnast turned coach thing. Even if he isn’t my coach. Point is, I don’t even do hookups. Sure, I have in the past, but most of the time I find that the sex isn’t worth it and things just get awkward. Most would call me more adult than my years in this thought-process, but being an elite athlete means having to grow up fast. My biography might read nineteen, but I’ve been told I have the maturity and life view of a thirty-year-old. Talk about being jaded.

The whole relationship thing, no matter what form it’s in, is just too messy. And as much as I hate Filipek and everything he stands for, I need to focus to achieve my goals. I’m not here to fulfill anyone else’s dreams, just my own. And partially my families.

Spence salutes Novak, taunting him and crossing the line just a little more
than anyone would dare where he’s concerned.

Then he turns to our group. “All right chicas, let’s get moving. Someone remind me again, what’s this low bar for?”

The rest of our group giggles and bats their eyes at Spencer, but I just roll
mine. His humor about the difference between the men’s high bar and the women’s uneven bars is the oldest joke in the book.

“Why don’t you watch and learn? We’ll show you what real gymnastics looks like. 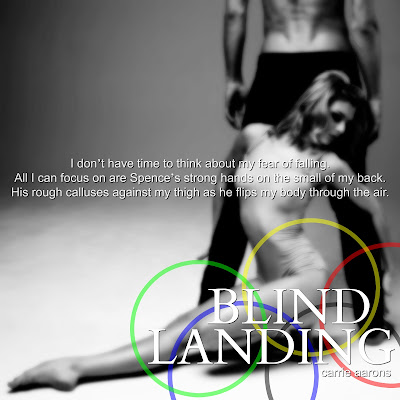 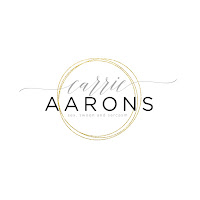 Author of romance novels such as Red Card and the Captive Heart Duet, Carrie Aarons writes sexy, swoony and sarcastic characters who won’t get out of her head until she puts them down on a page.

Carrie has wanted to be an author since the first time she opened a book. She loves spinning tales that include dapper men, women with attitude, and the occasional hunky athlete.

When she isn’t in what her husband calls a “writing coma”, Carrie is freeing up her jam-packed DVR, starting her latest DIY project, or planning her next travel adventure. She lives in New Jersey with her husband, who is more than happy to watch sports while his wife plots love stories.